You may well wonder what I'm going on about now.

Well, I've only gone and done a little tutorial for you lovely peeps.

May I present to you the Jumbles and Pompoms first "how to".

How to make a round cushion cover. 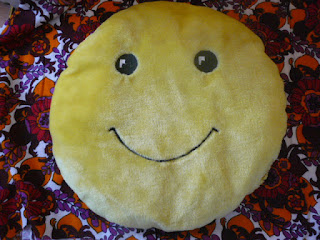 and this supersoft combed cotton material, also from a charity shop (£4.99 for several metres). 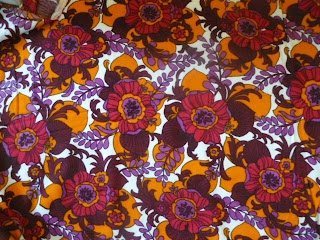 I then machined stitched the two short ends of the rectangle to form a cylinder.


I then placed Mr Smiley Face cushion inside the cylinder

trying to ensure that it lied perfectly central 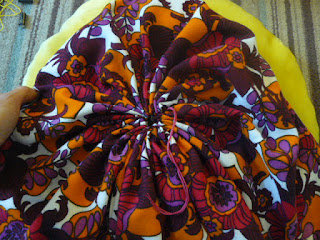 and then gathered up the other end of the cylinder with running stitches as before: 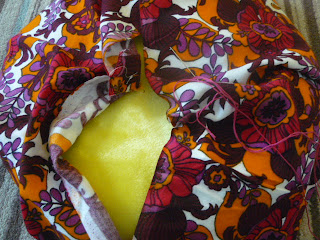 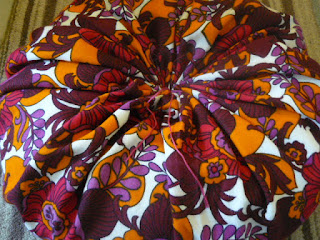 I then picked two large buttons from my rather extensive collection of buttons and sewed one in the centre covering the gathered bit: 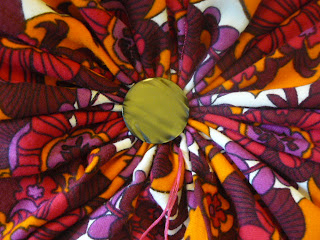 I then carefully pushed the needle through the cushion (fortunately Mr Smiley Face cushion is rather lacking in stuffing so it wasn't too difficult a job) to the other side and (hopefully) to its centre and sewed the other button on.  I then pushed the needle back to the other side and pulled the thread tightly so that the buttons sink down into the cushion a bit.  I wound the thread round the button to secure and then snipped the thread.  Lo and behold it's a round cushion cover. 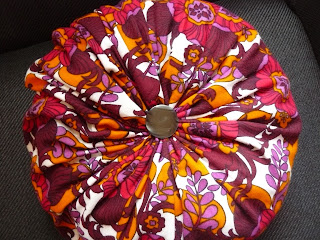 A work of *er hem* minutes. 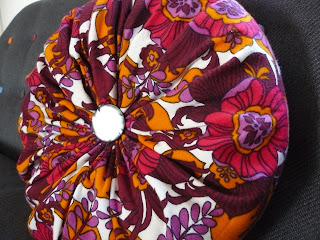 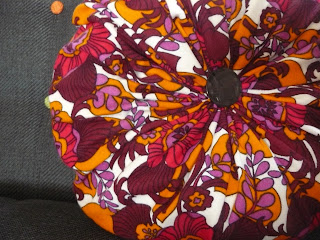 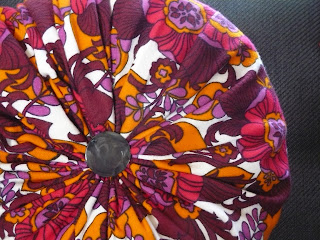 Instead of buttons to hide the gathered bits, you could use a doily or some such round thing (a piece of fabric perhaps) if you so desire.

In other news, the Student Union at the University where I work has organised a Meet the Animals petting session for stressed out students with exams.  Petting animals, apparently, relaxes the frazzled soul (which is something that I hope you won't be if you follow my little cushion cover tutorial!!).  Word has it that there'll be a miniature pony, chicks, rabbits and mini pigs.  Not only that but...wait for it..... it's also planning a Puppy Therapy session where you get to cuddle ickle labrador puppies. *Squeeeeeeal.*  I somethow think that us frazzled adminstrators will be schlepping along to join in the fun.

I'll love you and leave you for a bit as I'm off to the Isle of Wight for half term fun, frolics and fine charity shopping (yes, I've heard that the charity shops are good'uns).    Byeeeee. xx


Posted by Loo xx from Jumbles and Pompoms at 8:18 am 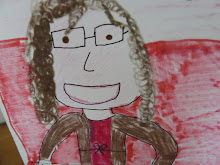